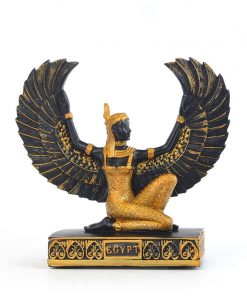 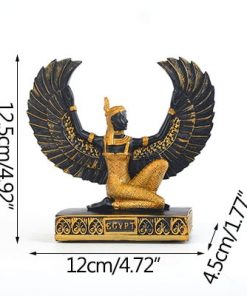 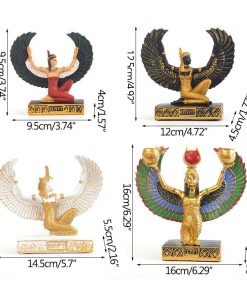 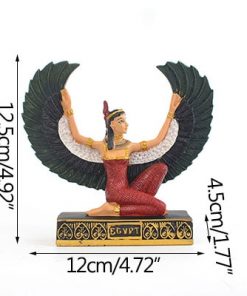 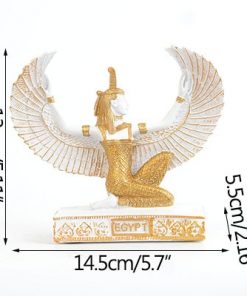 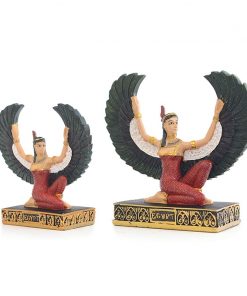 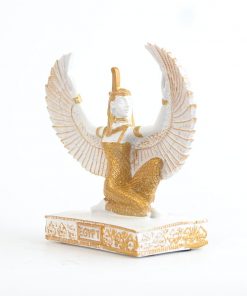 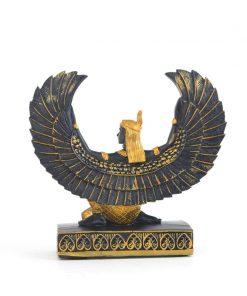 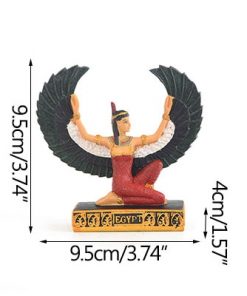 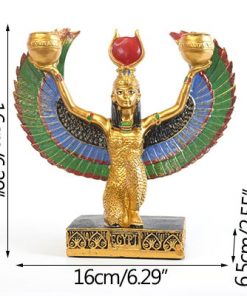 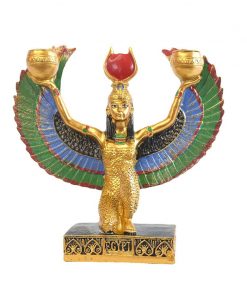 This beautiful Egyptian Goddess Statue represents the Egyptian winged goddess, Isis. In Egyptian mythology, she is considered a protective goddess.

Isis is a goddess in ancient Egyptian mythology who was associated with fertility, motherhood, and rebirth. She was also revered as a protector of the dead and was associated with the funerary rites and the afterlife. Isis was depicted as a woman with cow horns and a solar disc between them, and was often shown holding the ankh, the symbol of life.

Isis was the wife of the god Osiris and the mother of Horus. She was known for her wisdom and her ability to heal the sick and injured. She was also associated with magic and was believed to have great powers of protection and transformation. In addition to these associations, Isis was also seen as a symbol of maternal love and devotion, and was revered as the patroness of marriage and family.

In ancient Egyptian mythology, Isis was considered to be one of the most powerful and influential deities, and she was widely revered throughout the land. She was often invoked in spells and rituals for protection, healing, and fertility, and her cult was popular throughout the ancient world.

Benefits to buying an Egyptian goddess statue for decoration:

Aesthetic appeal: Egyptian goddess statues are known for their intricate and ornate design, and can be a visually striking addition to any space.

Cultural significance: Ancient Egyptian goddesses were revered for their beauty, power, and influence, and owning a statue of one of these deities can allow you to incorporate a piece of this rich cultural history into your home decor.

Historical interest: An Egyptian goddess statue can be a conversation starter, and can spark interest in the history and culture of ancient Egypt.

It’s important to note that buying an authentic ancient Egyptian goddess statue can be expensive, as they are made of materials such as stone or bronze and require skilled craftsmanship to create. Alternatively, you can consider purchasing a replica or decorative goddess statue, which may be more affordable and still provide many of the same benefits as an authentic one.

Be the first to review “Egyptian Goddess Statue” Cancel reply 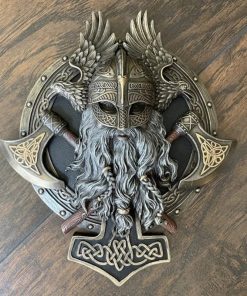 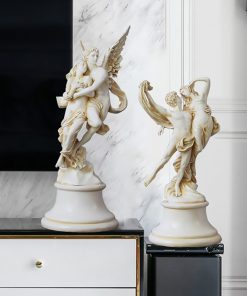 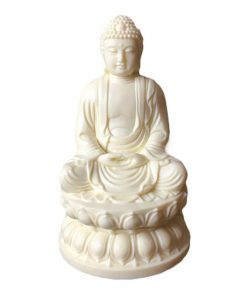 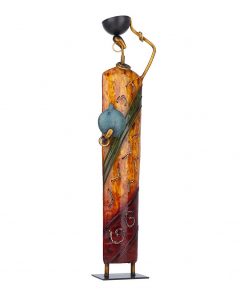 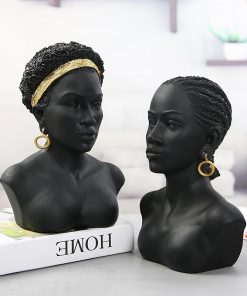 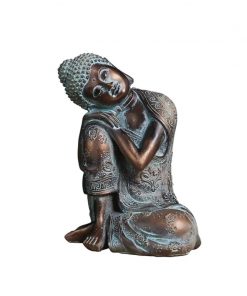 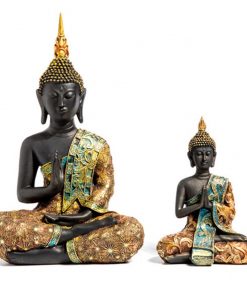 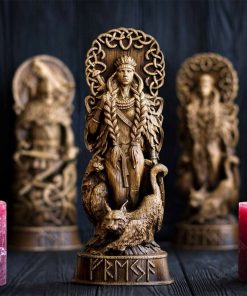